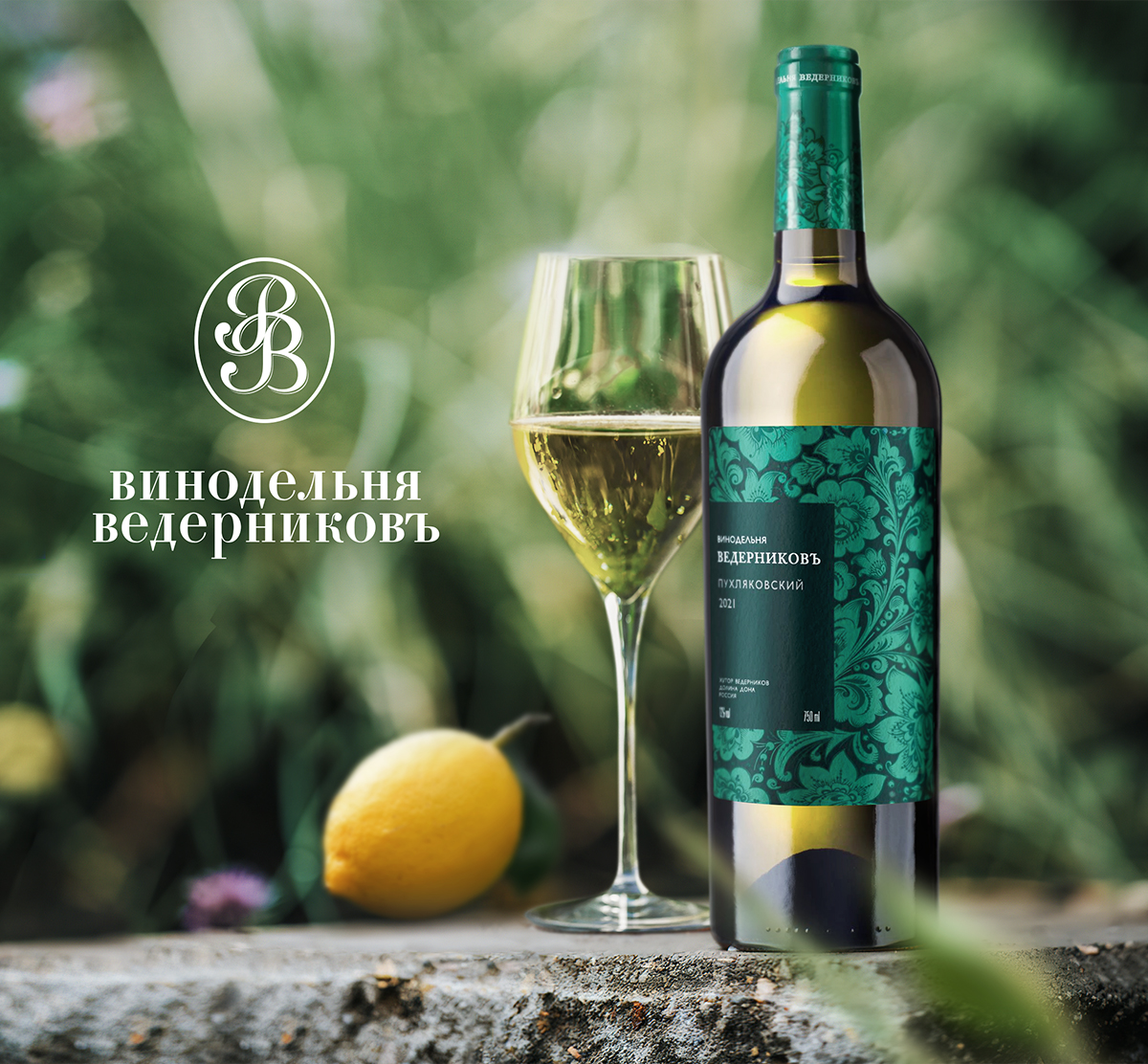 The interest in autochthonous grape varieties is one of the trends in the world winemaking of the last decade. Today, Vedernikov Winery, the flagship in the development of native Russian grape varieties, presents another unique native variety - Pukhlyakovsky, based on which an original white wine was created.

The history of winemaking on the Don goes back more than two thousand years. One of the oldest wine-growing areas in Russia is the Don Valley, where the Vedernikov farm occupies a special place, the terroir of which is renowned for its unique grape varieties. The Pukhlyakovsky white grape variety is an invaluable part of the biological heritage of this region. Modern scientific research has shown that Pukhlyakovsky originated from wild grapes that once grew on the Don and in the North Caucasus. During excavations of the ancient Khazar city of Sarkel, archaeologists discovered that vines genetically similar to Pukhlyakovsky were cultivated in this area more than 1000 years ago.

Today, Vedernikov Winery, part of Abrau-Durso Group, presents a new still wine from white autochthonous grape varieties. The Pukhlyakovsky Wine is an assemblage, the pearl of which was the variety of the same name. It is accompanied by the Sibirkovy variety, the freshness and steppe aromatics of which have become a bright hallmark of the wine style of Vedernikov Winery. The tones of the Don herbs and the well-known light taste of the Sibirkovy variety are emphasized by fruit nuances and the wine balance. Harvesting takes place in September when the grapes reach maximum maturity. To demonstrate all the grapes varietal specifics, after the completion of fermentation, the wine is aged for three months on a thin yeast sediment, which makes its aromatic range even more expressive and rich. The total number of produced bottles of the 2021 harvest is 26,000 pieces.

"We are pleased to present another white autochthonous wine - Puhlyakovsky. In the process, we managed to create a wine with amazing, rich aromas and a wonderful structure, which can become a favorite for many fans of the Vedernikov Winery style and, I am sure, one of the brightest new products of this summer," comments Maxim Troychuk, Head of the Winery.

Unusual and harmonious combinations of tones and shades of taste and aroma are a stylistic feature of the sparkling and still wines of Vedernikov Winery made from the autochthonous varieties of the Don Valley. The Pukhlyakovsky bouquet is multifaceted - the tones of meadow herbs of the Don steppe are elegantly combined with hints of duchesse pear, and the fresh, balanced taste is distinguished by an abundance of herbaceous-citrus tones with a dominant note of grapefruit in the aftertaste.

"The Don traditions are one of the brightest pages in the history of Russian winemaking. Vedernikov Winery is known for its challenging experiments in the field of still and sparkling wines, the unique style of which was the result of working with unique local grape varieties. The new still wine of Vedernikov Winery is another step on a long way to promote autochthonous Russian varieties that we are proud of,” said Pavel Titov, President of Abrau-Durso Group.

The Pukhlyakovsky wine of the protected geographical indication "Don Valley":

Fresh and light wine of transparent color with light greenish highlights, filled with aromas of steppe herbs with hints of lemon leaves and green pear. The bright taste is characterized by structure and excellent balance with tones of ripe fruit. Before use, it is recommended to cool to 10°C.

Vedernikov Winery is the flagship of Russian winemaking in the production of wines from autochthonous grape varieties. The farm is located in Rostov Oblast, on the right bank of the Don River, in the Vedernikovskaya village, where the first documentary mention of winegrowing and winemaking dates back to 1756. In 2015, Vedernikov Winery became part of Abrau-Durso Group. Wines from the Vedernikov Winery collection have won numerous awards from professional competitions, including IWC, IWSC, Decanter and Mundus Vini. The red dry wine, Krasnostop Zolotovsky, aged in oak barrels, is one of the most titled wines in Russia.