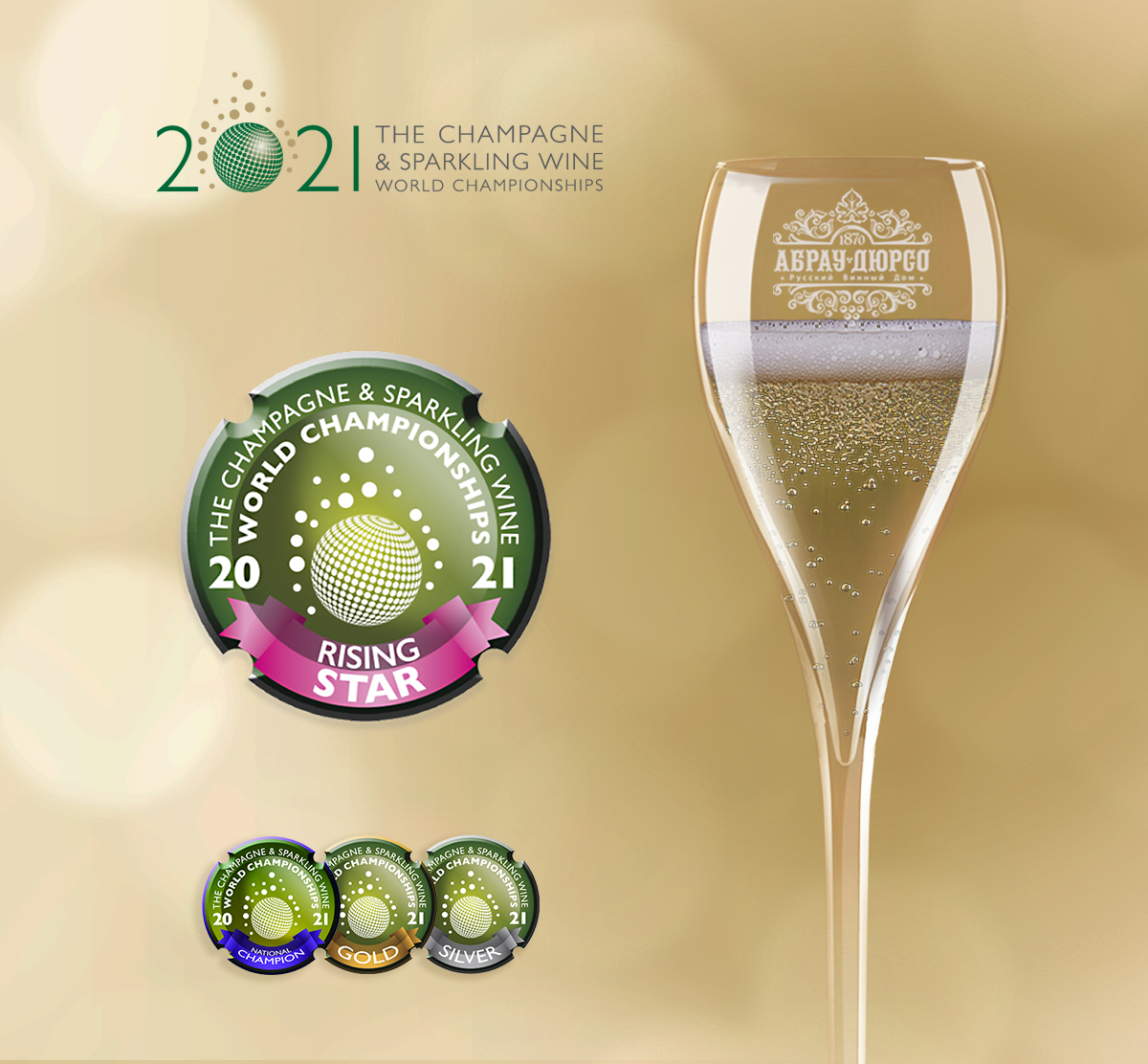 On November 26, Champagne & Sparkling Wine World Championships 2021, the world’s most reputable international tasting competition of champagne and sparkling wines, announced its winners during an awards ceremony in the UK. Russian Wine House Abrau-Durso sensationally became the world champion in the Rising Star category, which names the producer with the most promise every year. This year, more than 170 wineries from 19 countries entered the competition. Samples of champagne and sparkling wines were presented by such legends of the category as Moët & Chandon, Veuve Clicquot, Dom Ruinart, Louis Roederer, Ferrari Trento, Cantina Settecani and many others.

“I am overwhelmed with pride. Without a doubt, we are in the major league now, competing with the giants of the wine world as equals, sharing seats on Mount Olympus with Dom Ruinart, Ferrari Trento, Louis Roederer, Palmer & Co, Henriot and Cantina Settecani. This is a crucial, milestone recognition for Abrau-Durso, as well as for the entire national winemaking sector,” said Pavel Titov, President of Abrau-Durso Group.

Champagne & Sparkling Wine World Championships is a specialized international competition of champagne and sparkling wines. Its mission is to encourage and incentivize producers, improve the quality and status of sparkling wines around the globe, as well as to deliver the best wines to consumers from different countries. The competition was founded in the UK in 2014 by the outstanding English wine critic, writer and journalist Tom Stevenson. The internationally renowned expert has published more than two dozen books on sparkling wines and champagnes, which have been translated into more than 25 languages. Stevenson has won over 30 literary and professional awards and has been named Wine Writer of the Year three times.

In 2021, record-breaking numbers of samples were submitted to the CSWWC competitive tastings. The panel of experts led by Tom Stevenson evaluated more than a thousand wines manufactured by the best producers from nineteen countries of the world, taking two weeks. The countries with unique winemaking histories — Italy, France and the UK — accounted for the biggest number of entries.

“Our mission is not only to promote sparkling wines and champagnes of excellent quality at the international level, but also to discover and reward new, impressive samples both from well-known and emerging wine-producing regions of the world on an annual basis,” Tom Stevenson commented on the 2021 competition results.

Russian Wine House Abrau-Durso traditionally participates in the most prominent tasting competitions globally, such as Decanter, Mundus Vini, etc. Every year sparkling and still wines made by Abrau-Durso win high praise from international experts. The CSWWC 2021 awards are another landmark in the history of Russian Wine House Abrau-Durso as the leading sparkling wines maker of Russia, as well as the most important achievement for the entire Russian winemaking industry.