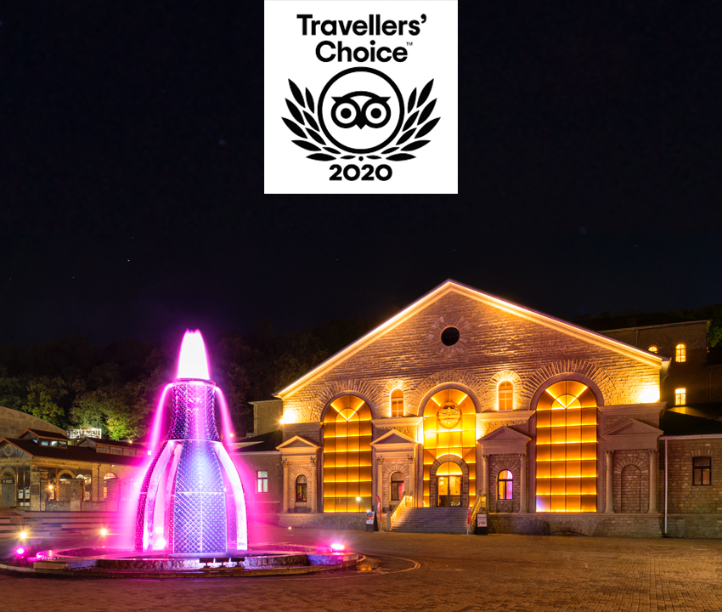 The Historical Centre of Abrau-Durso Russian Winehouse located on the shore of Lake Abrau was short-listed as one of the world's best sites according to TripAdvisor, the world's largest international digital platform devoted to travelling.

TripAdvisor is visited by 463 million users every day. Travellers from all around the world use the service to view over 867 million feedbacks and opinions about 8.7 million hotels, restaurants, sites, airlines and sea tours. Every day, TripAdvisor reviews the feedbacks and ratings provided by hundreds of millions of travellers, as well as locations and sites added to the favourites. Only 10% of the world's sites presented on TripAdvisor's website get the Traveller's Choice award.

Abrau-Durso Russian Winehouse Historical Centre created on the basis of the existing production facilities became a tourist attraction a long time ago. Every year, it is visited by more than 250 thousand people. Over the last decade, Abrau-Durso has turned into a major tourist centre in the Krasnodar Territory. It has a great infrastructure that offers everything for comfortable and diverse leisure time: hotels, restaurants, a yacht club and an equestrian club, a gastronomy school and many other things. However, our museum is still the main attraction of this place and the thirst thing Abrau-Durso is associated with. We are happy to get high ratings from the interntional travellers' community», says Pavel Titov, President of Abrau-Durso Group.

During the tour around the Historical Centre, visitors travel through three periods of Abrau-Durso's 150 years' history: the Empire, the Soviet times and the present days. In addition to the legendary mountian tunnels and artefacts, they can see multimedia installations and a real-time broadcasting of Abrau-Durso's picturesque vineyards. The historical building of the museum also hosts Abrau Gallery of Light, an interactive art platform, where visitors can admire immersive audio-visual installations created by contemporary artists.

The main tourist route is divided into several parts: the museum part, when you can see exhibits from different times, awards and archive documents; the rock tunnels built at the end of the 19th century under the management of Prince Lev Golitsyn; and, finally, contemporary art. The Historical Museum has kept the atmosphere of past centuries despite the fact that the tunnels are now used for the aging of sparkling wines.

The guests of Abrau-Durso have a unique opportunity to make themselves acquainted with the creation process of the famous sparkling wine. The experts from the Russian Winehouse tell the visitors of the Historical Centre about peculiarities of the classic French method and disclose some secrets of Charmat, a more recent method. Every guest has a chance to play the role of a sommelier and taste the best samples of famous Abrau-Durso sparkling and still wines. The Historical Centre combines educational, industrial and wine tourism. The excursions of the Russian Winehouse have been awarded at country-level competitions many times. In 2019, within the All-Russian Touristic Award "Route of the Year", the Historical Centre ranked first in the nomination "Existing Industry Route".

You can find more details on Abrau-Durso Historical Centre at: https://visitabrau.ru/